Myths and Folklore Wiki
Register
Don't have an account?
Sign In
Advertisement
in: Underworld, Worldwide mythology, Locations,
and 2 more

The underworld (also known as the netherworld, realm of the dead or the unsean world, Hades in Greek mythology, Hadao in Roman mythology, Sijjin in Islam, Sheol in Judeo-Christianity) is a place where the souls of the deceased go in many different cultures' mythology. Sometimes, it is identified with Hell. Other traditions claim that the Underworld is where all life have originated and where all life must return when they pass away. In most mythologies, some variant of the Underworld does exist, whether it be hell, or the higher planes.

Some sources say that the Greek variation of the Underworld is located across Oceanus, while others say it is deep underground. Hades and the Underworld can be interchangeable when referring to the land of the dead.

There are three main parts of the underworld:

The Elysian Fields were for the good and heroic souls where they would be forever happy. Tartarus was where the evil and treacherous souls were sent to live out eternity in horrible punishment. The Asphodel Meadows are for people who simply lived and did nothing amazing, but nothing bad enough to make them go to Tartarus.

Five Rivers flow through the underworld:

The palace of Hades is described as being "very full" and "many-gated". Not much else is known. 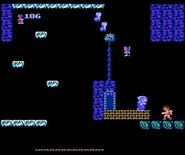 The Underworld in Kid Icarus

The Underworld in Assassin's Creed.
Community content is available under CC-BY-SA unless otherwise noted.
Advertisement