In demonology, Barbatos is an earl and duke of Hell, ruling thirty legions of demons and has four kings as his companions to command his legions. His name derives from Latin barbatus, meaning "bearded, old man, philosopher".

He can speak to animals, can tell the future, conciliates friends and rulers, and can lead men to treasure hidden by the enchantment of magicians.

He is the 8th demon in the Lesser Key of Solomon, while Pseudomonarchia Daemonum lists him as the 6th demon. He is also mentioned in Grand Grimoire as subordinate of Satanachia. 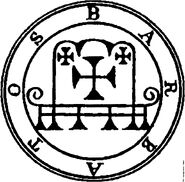 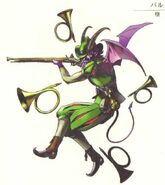